Well wasn’t it a  fantastic day for  a run ! Great turnout of about 150 folk, and the new route was a  cracker! Blair to Kirrie, Forfar, Montrose , then Stonehaven and up to Banchory for the lunch stop. Then along Deeside and back over Glenshee. Charlie had organised loads of food for everyone who came back to the Red House, where we had the Prize Draw and the raffle.

Looks like the total raised will be over £2000 so thanks to everyone who came along on the day and all our helpers, friends and those who donated prizes. Thanks also to the Red House Hotel Coupar Angus for hosting the start and finish.

And we made the front page in the Blairgowrie Advertiser with  a group picture under the banner, and a  good write-up about the Maggie’s, so thanks to Clare of the Blairie too for that. 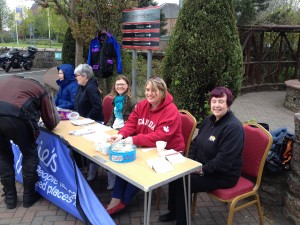 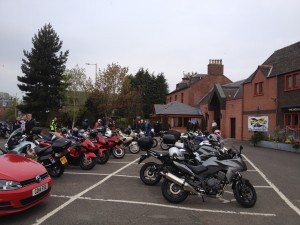 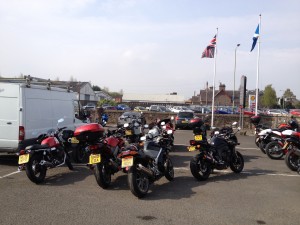 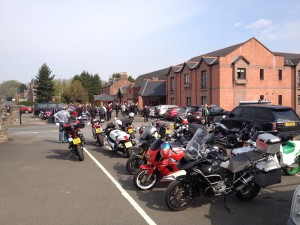 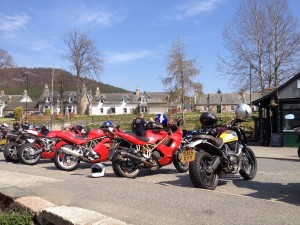