We’ve decided to change our regular Tuesday night meeting place from the Stormont Arms to No 31, the pub in the Wellmeadow in Blairgowrie. There’s parking space for the bikes outside,usually quiet on  a Tuesday night, and it’s almost where we meet for runs anyway, just as you turn in to the road at the top of the Wellmeadow.

This will take effect from now, so don’t go to the Stormont next Tuesday please. No31 is run by the same company as the Red House in Coupar Angus, so I’m sure we’ll have no problems there. Tell everyone who might not see this please too.

Also we had a picture in the Blairie this week presenting the £500 cheque to the Scottish Air Ambulance, and remember the Geoff Hill talk at the BOOKMARK festival on Saturday 3rd October. It’s 11.45 in the morning, for 45 min, so get you tickets now! Only £6.  Just go to www.bookmarkblair.com and you can buy online.

And don’t miss our Roon the Tap run at the end of the month Fri/Sat/Sun 25th, 26th and 27th. Run to Thurso on Friday afternoon and B&B, then a run on the Saturday to Ullapool and back, B&B again and a night on the town,  home Sunday. 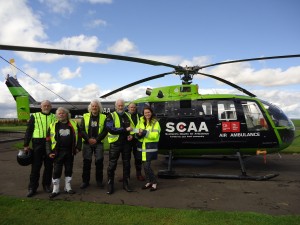 We’ll be presenting the cheque from the run to the Maggie’s Centre in Dundee on Tuesday 30th June. Meet at the Wellmeadow at 6.30 or  turn up at Maggie’s for 7.00.

Thanks from Adult Resource Centre

A  card  was received from the Adult Resource Centre, Jessie Street, Blairgowrie thanking the club for the donation of £500. 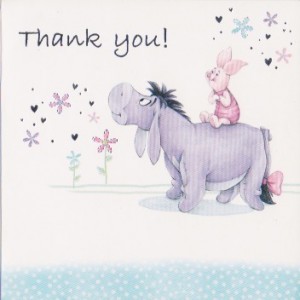 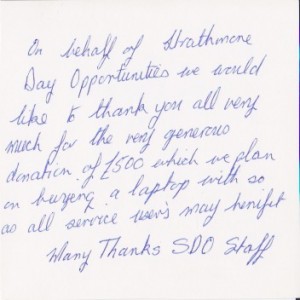 At the Stormont on Tuesday we set a few dates for runs ! and there were 5 of us turned up at 7 for a wee run down through the Carse of Gowrie by Rait and back via Tullybaccart. Great weather at last too!
Tuesday June 23rd will be the first Chippy Run – to Anstruther. Leave from the Stormont at 7 so if you want to come, be there sharp please!
The following Saturday is the Heartland meet at Luib on the 27th
The Tomintoul Bike Weekend is the 10/11th July and some of us are already booked in for that. It seems that’s also the date the SCAA Air ambulance folk have chosen for their Scone run, cancelled from May.
The next Chippy Run will be on Tuesday July 28th, probably to Arbroath or Inverbervie
And we set the date for the Richard’s Roond the Tap run – –Fri/Sat/Sun 25,26th and 27th September. This was the only date in Sept that suited everyone who was there on Tuesday, and we agreed going into October was too late. This year we’re going to do have to do it the opposite way round as that weekend is the Loopallu music festival in Ullapool, so the place will be very busy with nowhere to stay. So we’ll head for Thurso for the Friday night, camping or B&B, then have a  run over to the west and Ullapool on the Saturday, and back to Thurso for saturday night drinkies, home on Sunday. At least that’s the plan for now, might change if anyone has a better plan, but the date’s fixed at last so put it in your diary!
…..and beware if you’re riding through the Wellmeadow for the next two weeks – the traffic lights have been turned off to try and solve the chaos, and there are new Give Way signs so watch out for drivers who aren’t paying attention!

Latest news from the Secretary

Our next event will be the joint meet with the Heartland bikers at the Luib Hotel , between Lix Toll and Crianlarich, on Saturday 27th June. It’s a social evening in the pub, as we often see the Heartland folk at other events and we thought it was time we all had a get-together. We might work with them to hold  a few runs etc or other things, so this will be a chance to get to know them better. It’s just camping outside the hotel , but if you don’t want to camp they might have rooms free – try http://www.luibhotel.co.uk/
Might be a  run on Sunday depending on what happens on the day! And what happened the night before….
Hope to see you there – from teatime Saturday  till Sunday morning. The hotel does food so I hope we can eat there and get a  breakfast too.
and the Stormont Arms is still in business so we’re still meeting there. And if you haven’t renewed your subscription it’s still only a  tenner…….

Don’t forget to check What’s on.